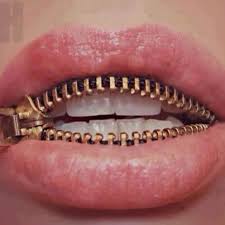 Many are taught that silence is golden. Being vocal and expressing yourself shows vulnerable courage. I think it's important to respect others point of view even if its different from your own. The words in the poem describes the backlash received from speaking your mind and sharing your feelings. No one should feel ashamed or silenced when sharing their story, testimony, or parts of themselves with others.


Keep your lips zipped
Hush
Keep your mouth shut
Hush
Don't put your business in the street
Hush
No one needs to know your business
Hush
You talk to much
Hush
Stop looking for attention
Hush
Stop playing victim
Hush
You're so bitter
Hush
Focus on the positive, stop being negative
Hush
No one wants to hear that
Hush
Silence is golden
Hush
Mind Your Business
Hush
Your mouth is your worst enemy 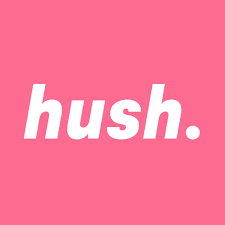 Popular posts from this blog

October 21, 2015
It's only right that I tell my story, my truth about my own Domestic Violence experience. It's hypercritical to an extent because I stayed in the relationship after the incident. I encourage others not to make the mistake I made. If you can get out make an exit. My gift is to serve with a purpose and help others.I am here to send a positive message to go where you're accepted not tolerated. My story can help you help someone else. On the evening of August 27,2015 I was attacked by my ex boyfriend. I was feeling overwhelmed at his house because of some information he mentioned to me. It made me feel uncomfortable. I wanted to leave. He got upset that I wanted to leave. I told him he didn't care. He slapped me in the face with the remote control.I cleaned up in the bathroom & he came and got me. We laid down back to back to each other. I was upset with him about a text message a girl sent to him. There was verbal abuse for sure. He leaned over and punched me in th
18 comments
Read more

November 03, 2017
Gratitude is a great form of expression. Each day each of us has something to be thankful for Safe Horizon's Streetwork Project works with the homeless and in the link below you have the opportunity to touch the lives of others. Send an Inspiring Message to Homeless Young People. Sign a Thanksgiving Card for Homeless Youth. http://connect.safehorizon.org/sign-a-card-for-homeless-youth Thank you with Gratitude....xoxo
Post a Comment
Read more

July 12, 2020
I express my gratitude to the Blog Her online community. This is an educational. learning and networking space that has helped myself and others work on their craft. When I write I refer to the pen name of HER to focus more on the conversation and connection with readers. I can relate we relate. HER story was featured on Blog Her "Empowering Black Female Voices: Our Community of Creators"  https://www.blogher.com/news/empowering-black-female-creators . Thank you so much for the opportunity as I look forward to the future and we all grow together!
Post a Comment
Read more